Locating the exact geographical landmass which has gone into making of the Map of Jambudipa, or Jumoodeep of Ptolemy, is like locating the ‘first-land’ of human civilization, where the ‘first man’ appeared on the surface of earth. This land which exists at the center of the earth describes the whole story of Gods’ epic appearance on earth. Maps of Eratosthenes and Map of the Periplus along with other maps of Ptolemy confirm the geographical existence of this land which shows ancient Greek settlements on the ‘north’, ancient Roman settlements on the ‘west’, Israel settlements on the ‘east’ and ancient settlements of Indians along with Persians, Egyptians, Arabians, and Chinese etc. on the ‘south’ and on the central region of this land. Lanka means people of Lambakarnas, or the long-ears peoples, who were neighbours to ancient Ujjain. This place identifies itself with Lambuapada and Ujunipada villages of Pipil block, on the bank of the river Daya( the Indus river), in Puri district. 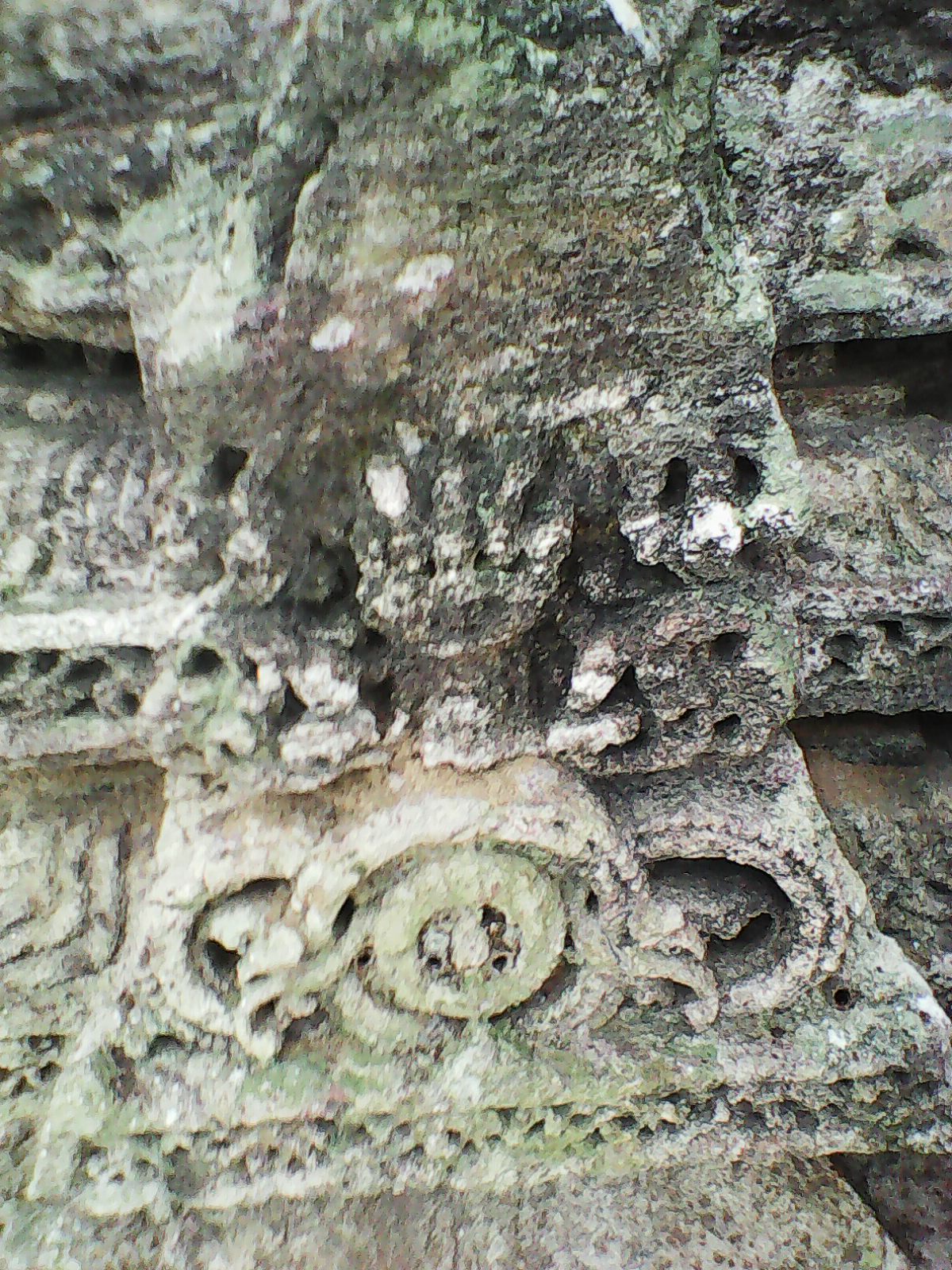 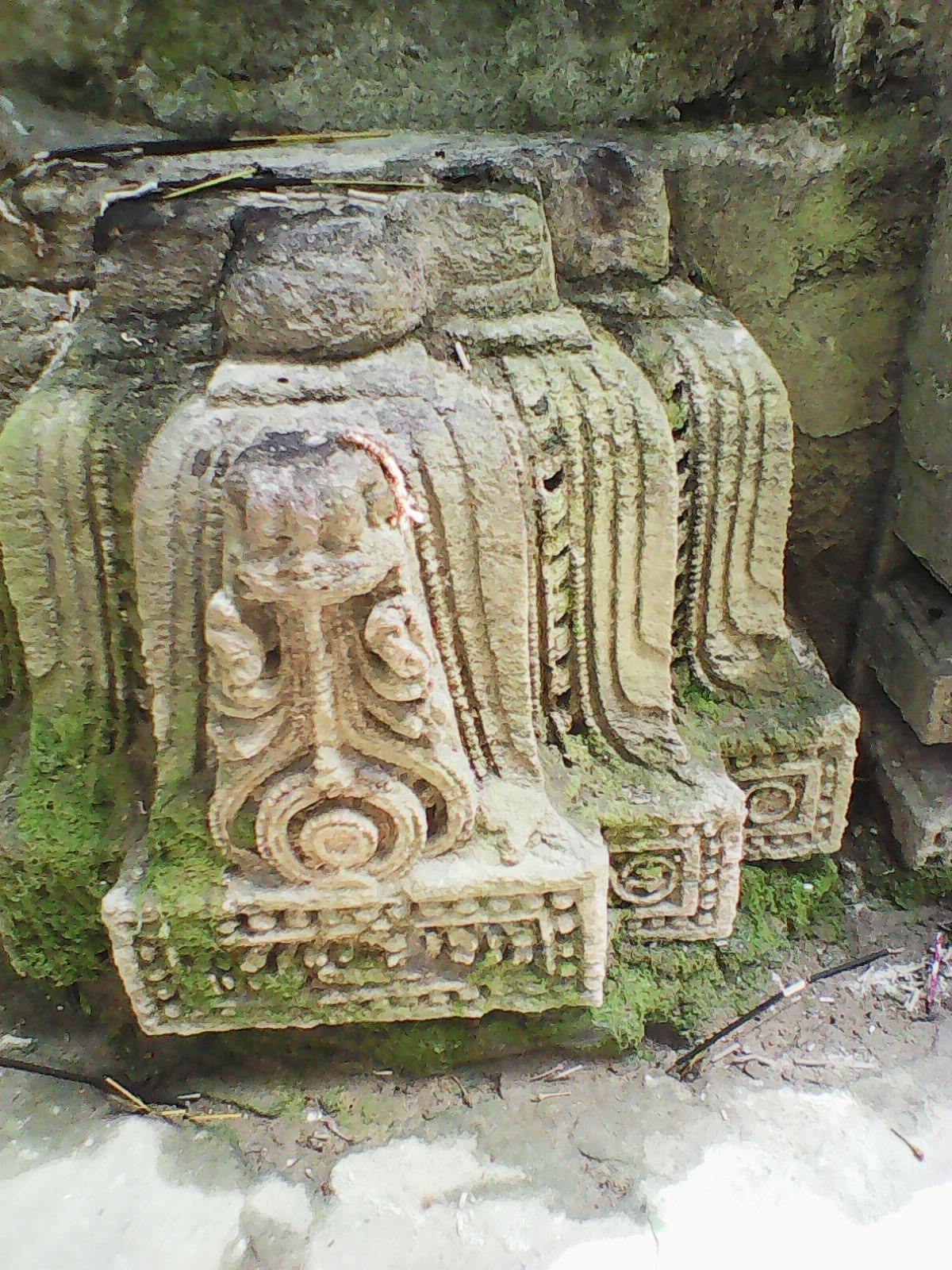 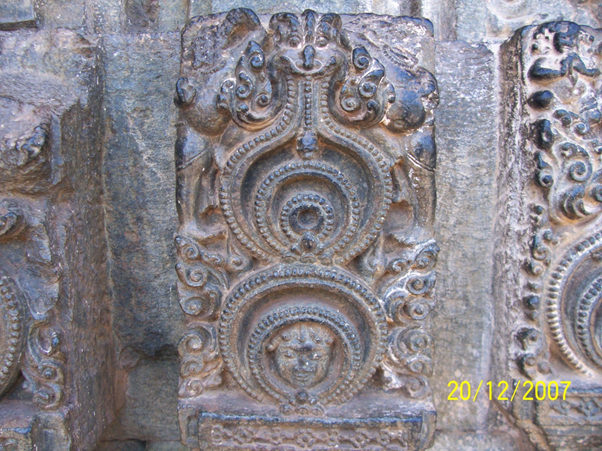 ‘Origin of Life’ and evolution of life mark this landmass where all the world epics and mythologies happened; and where all world dynasties appeared, and disappeared. This biblical and classical landmass holds the pre-historic records of all world religions; and completely narrates the stories on life of masters and prophets of world religions; they  preached, and died in this land,and thus, it contain, the sites of pilgrimages of all world religions; this holiest of the holy land which now exists at the southern seacoast of Odisha(India) near the Sun Temple has been discovered by me. This land extends from the Sun Temple to Siddhapura(Niali road) in the south-north, and from Chilika Lake- Astarang–Devi river and Lambuapada on the east–west direction. 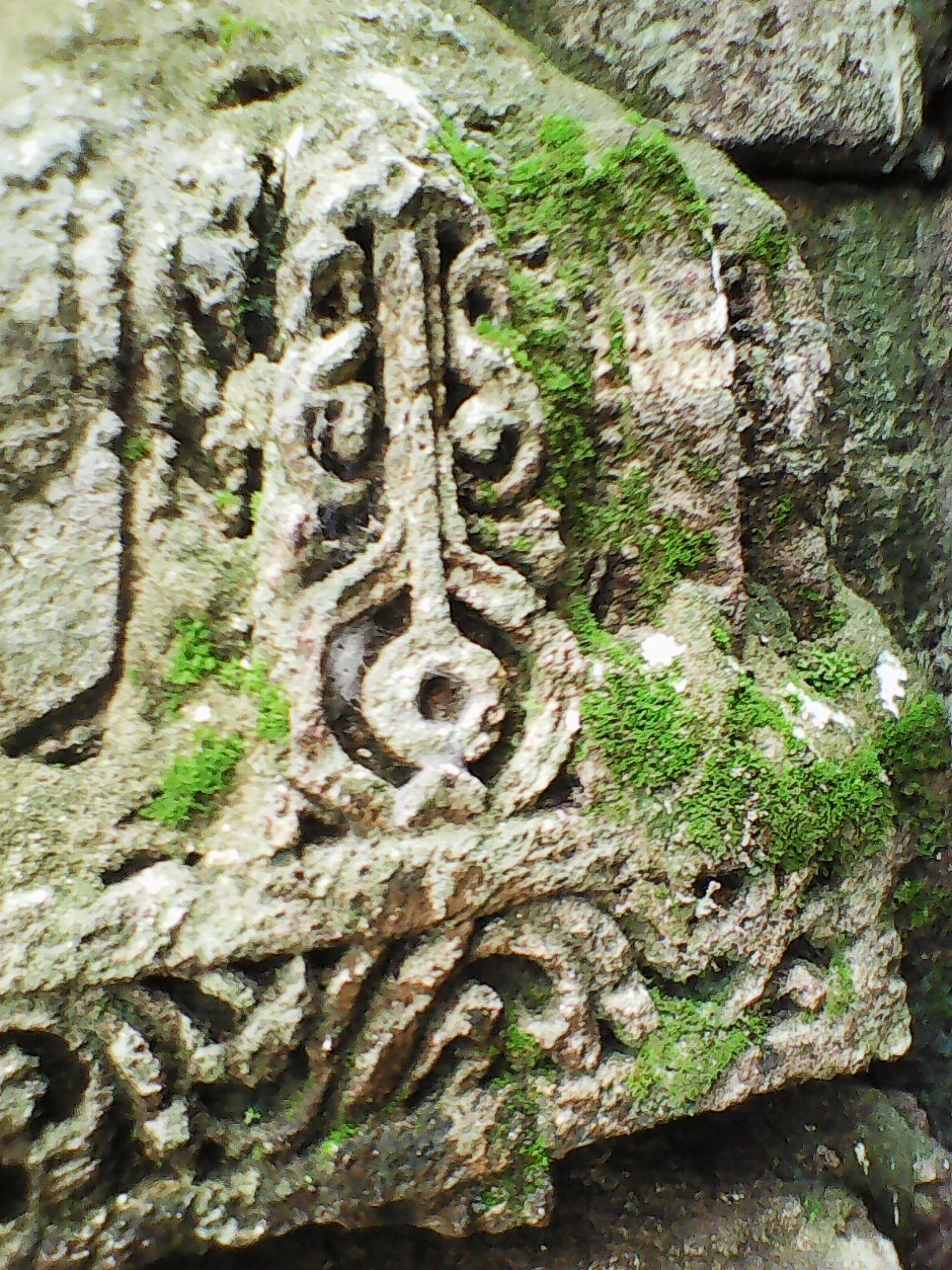 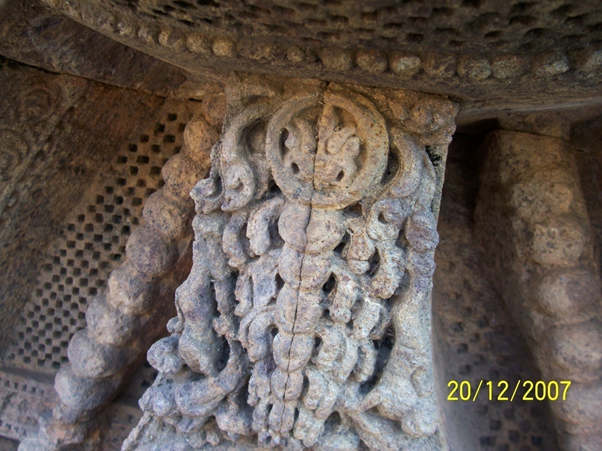 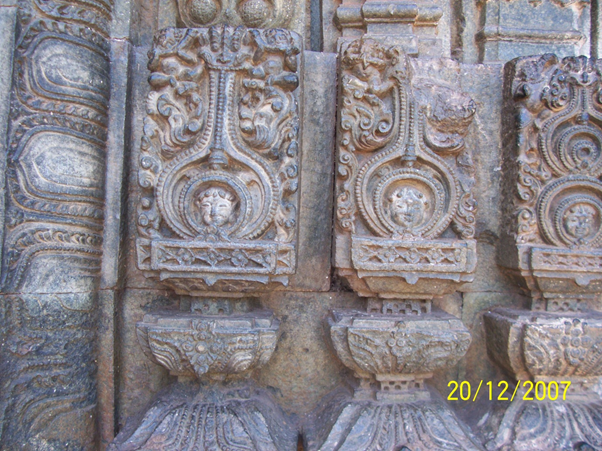 Though islandic shape of this land has disappeared due to severe climatic changes, the seats of worships of gods and deities, as versified in books of faiths, epics, and mythologies, hold the key to identify this deified land at the junction of seas. Journey of Gilgamesh through the Underworld to reach the palace of Utnapishtum, journey of Ulysses from Troy to Ithica, the Flood-stories, last journey of the Buddha from Beluva to Kushinagar, journey of Moses from Egypt to the promised land at Canaan, Alexander’s invasion journey from his native country to his demise at ancient Babylon, journey of twenty-three families with Bodhi Tree’s transportation from Kalinga to Simhala, Periplus’ journey accounts through different ancient ports, journey of Paul from Caesarea to his homeland in Bernice, journey of monks from thirteen monasteries to join the inaugural function of Maha Thupa at Simhal, Chinese pilgrims’ journey in 5th & 7th c A.D. to Madhyadesha, Prophet Muhammad and his followers’ journey from Mecca to Medina, and Alberuni’s, Ibn Battuta’s and other Arab travelers’ account, are well explained through this map alone as these journeys were undertaken within the four nodal points of this map; and the Silk Road of ancient world which was covered partly or fully by such journey can be traced within the geographical boundaries of this ‘inhabited-world’ map of Ptolemy. The most interesting journey of recent times is ‘The Voyage of Captain Don Felipe Gonzales’ to Easter island in 1770-1 ; this particular voyage also points to the Astaroth or Astola or the island of Astalokapal in Uttarakuru(Ottorokorrha of Ptolemy) of other ancient literature whose geographical situation can only be explained through Ptolemy’s maps only. 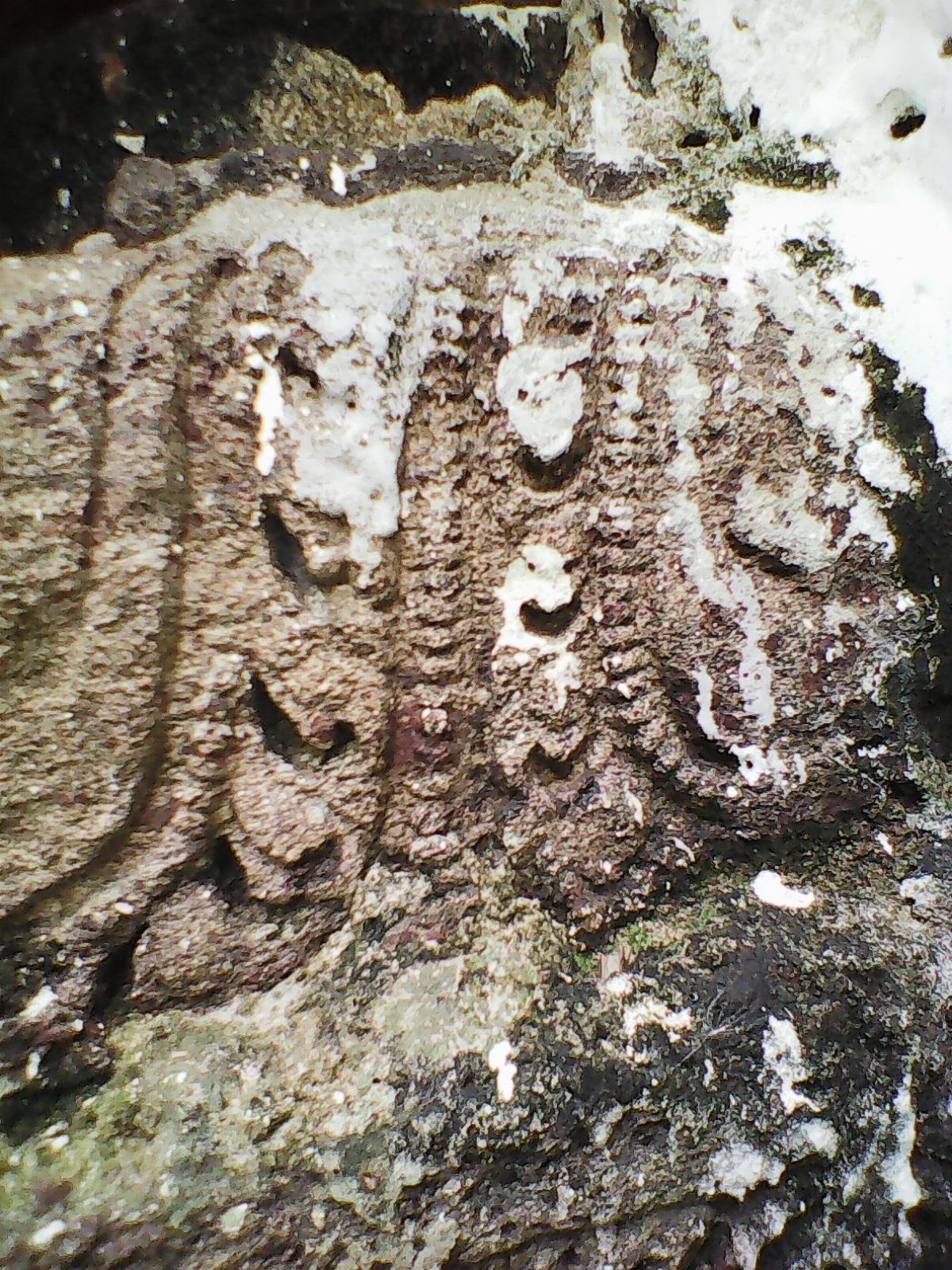 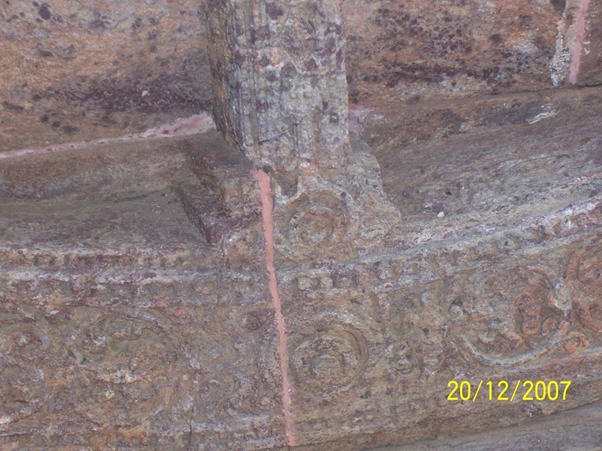 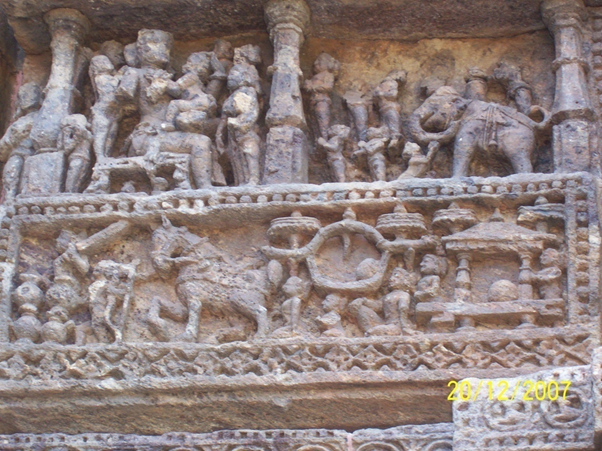 Vyaghra-patha or Tiger’s Path which then passed through the plains of the river Bagha,( or the Tigris), and the city of Kapilavastu, is as same as this Silk Road. El-desha( refers to Iliad of Homer), City of Kapilavastu and Divine City of Troy were neighbourly to each other.

Divine City of Troy identifies Tyre of Alexander’s historians, Tyre of Pliny’s NH, and Tyre of the Bible ; it is Toya of Indian puranic tradition; Tuwa of the Quran; Tadwa of Chinese pilgrims, and Todeyya of Pali texts. This shows the whole truth that ‘ancient India’ is not the present political India; ‘ancient Israel’, ‘ancient Greece’, ‘ancient Rome’, ‘ancient Chin’, ‘ancient Arab’, ‘ancient Egypt’ and ‘ancient Turkey’ etc. are not represented by their present counterparts.

Jerusalem, as same as Hade of Homer’s epics, identifies the seat of worship of Yama, King of Death, one of the Gods of Astaroth. Ancient Rome as birthplace of Rama, the god incarnated of the epic the Ramayana, identifies the Ramanaka, or the Roomuck country on the west of the peripheral map of the ‘inhabited-world’ of Ptolemy. Kaspian Sea identifies the seat of worship of Caspo of Pliny, Kaspeira of Ptolemy, Kasyapa Buddha of Pali texts, and Kasyapa Rishi of Indian puranas; Avesta marks this place with Kesaba Brrdge, the other name for ‘gold’. Kaspian Sea is also as same as Narayana Sar( or pond) of Homer’s pre-Iliad hymns. Kapilavastu is twelve miles away from it to the ‘east’. Seat of Worship of Caspo or Kasyapa Rishi, Hermitage of Sage Kapila, City of Kapilavastu, and City of Troy are situated on the banks of the river Saraswati, the name that identifies the City of Saravati; it was one of the seven rivers which formed the Hellespont.

The linguistic relationship among the ancient tribes marks this land as home of the ‘first language’ ; this points to Cadmus of the Greeks in whose house Sage Kapila was born and who became the inventor of the ‘first alphabet’, called ‘Siddha lipi’. Pali was the spoken language of the Greeks in the 6th c B.C. Buddha, the Greek philosopher of the 6th BC. world preached his sermons in Pali. He was known to the ancient world as Anata‘Jina’, a Great Teacher of Profound Wisdom; his Enlightenment happened at Mt Zion, same as Sri Jagannath temple at Puri.

Hebrew identifies Hari-varsha of other ancient texts; Hebrew words hold the key to unravel the geographical situation of the biblical as well as the classical world. 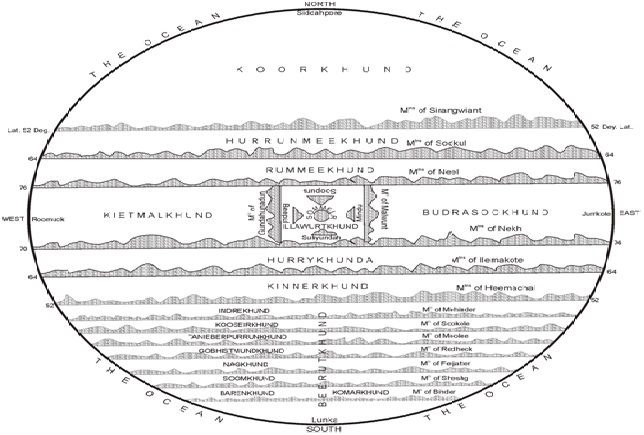 Map of Jumoodeep or Jambudvipa

It is now open to scholarly verification of this land whose discovery has the potentialities to impact heavily on all branches of human knowledge. Ancient history of all nations of the world should now find their roots in this land alone from where ancient migration started to fill up the ‘unknown world’ of Ptolemy. This land is the laboratory of human existence on earth,and perhaps, there involves some sort of its mathematical control that influences life-forms on earth from here. Future of life on earth,certainly,depends on different climatically changing-forms of this deified land at the junction of seas. Pali texts declare that there exists ‘invisible hanging cities’ in this land.